The winner of our second competition for a copy of King's Gambit by Paul Hoffman is:


Congratulations to Hsin Jen, and commiserations to the other entrants. I'll try and recover our review copy and run a third competition!
Posted by Roger Coathup at 20:48 1 comment: Links to this post 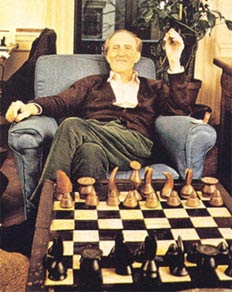 KING'S GAMBIT: A SON, A FATHER, AND THE WORLD'S MOST DANGEROUS GAME

Which chess playing artist would Paul invite to a dinner party?

Check out the concluding part of our podcast interview for a rather generous hint!

Answers by Wednesday to chesstales AT 21thoughts DOT com. The winner will be drawn at random from the correct replies. Please remember to include your address in the email. 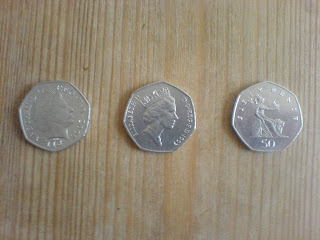 With the help of a glamorous assistant and her lucky 50p pieces, we randomly selected a winner for the competition to win a copy of Paul Hoffman's "King's Gambit: A Son, A Father, and the World's Most Dangerous Game".

The answer was the Sicilian Dragon.

Despite, having correct entries from as far afield as Buenos Aires, Kentucky, Singapore and India, our winner (based on the sequence of tossed coins) comes from Alnwick (just 30 miles up the road and home to delectable duchesses) . So, congratulations to Rob McEwan, and commiserations and thanks for entering to everyone else.

Posted by Roger Coathup at 10:34 No comments: Links to this post 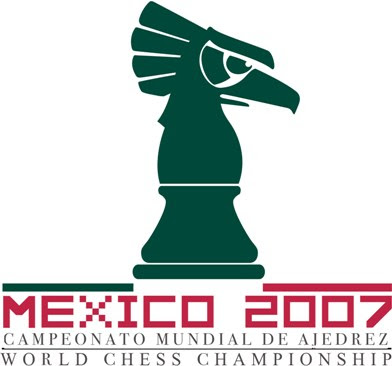 I've managed the source the daily bulletins direct from Mexico (gracias a Santiago) for the Chess World Championship.

They're very comprehensive, but you'll need to read Spanish:

We've had a week of the "King's Gambit: A Son, A Father and the World's Most Dangerous Game" here on Chess Tales.


When the book came through, I arranged for our contributor Martin Seeber to take a look and share his thoughts:

"We’re going to write a review said Roger, a review about a book from America. A book about chess from the land of Bobby Fischer. America.

When you read it you’ll realise that its not like other books.

Since I was a child I have loved to listen to stories and tell them too. Well Paul Hoffman you’re a great storyteller and a clever biographer. And the story, well its chess and that’s our favourite. Like a set of beautiful short tales, all interwoven together, Kasparov storming out in defeat, Karpov trying to deny his losses, genius and madness, coaches and pupils, almost undercover in Moscow, simultaneous exhibitions, epic battles between the two Ks. It’s a wonderful game so good you want to keep it all for yourself and to quite honest Mr Hoffman’s done such a brilliant job that a few more millions will join the global chess community.

I felt very touched by his references to his own game development, only one player can be world champion but many of us take part and many of us dream of being better than we are. I am sure Paul is being modest for if he played like he writes he would be cheered out of the chess hall.

Sharing your life and intimate thoughts with others is the key to any art and Paul has let us in to his personal world. My father is 82 and still has a big role in my life but I’d find it difficult to tell thousands of people about our thoughts. Paul Hoffman’s book is filled with courage and insight.

The game of chess is as modern as the latest computer and as ancient as civilization. Play it with friends, inside, outside , as a sport, pull up your chair on a winter’s night, sit on your dad’s knee, show your granddaughter the moves, imagine it all the young and the old, handicapped who play without disability, and there in the great chess libraries around the world there’s a book to inspire us all and on its cover we can read the name Paul Hoffman. Okay Paul I’m taking the King bishop’s pawn and of course without hesitation the book." Martin Seeber

Our first competition to win a copy finishes today (so hurry up with your entries). We'll have a second competition starting tomorrow.

Posted by Roger Coathup at 07:32 No comments: Links to this post 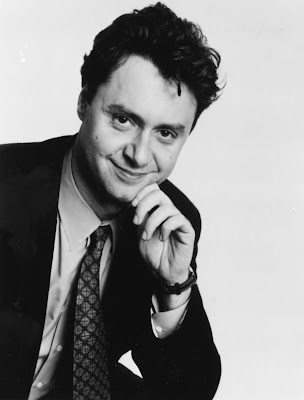 
You should also check out Paul's blog.

KING'S GAMBIT: A SON, A FATHER, AND THE WORLD'S MOST DANGEROUS GAME

Which 'fire-breathing' opening did Gary Kasparov use to take the lead in his 1995 World Championship match with Viswanathan Anand?

Answers by Saturday to chesstales AT 21thoughts DOT com. The winner will be drawn at random from the correct replies. Please remember to include your address in the email.

Look out for further chances to win a copy later this week on Chess Tales.
Posted by Roger Coathup at 18:59 No comments: Links to this post

Chess Tales uses Picasa, part of Google Pack, for photos and images: Find a sponsor for your web site. Get paid for your great content. shareasale.com.

Chess Tales by Roger Coathup: A collection of online articles about chess and chess players.

I feel I should start this like the guy at the AA meeting: "My name's Roger and I'm a chess player". Actually, I'm probably quite a good one, I've won a few tournaments and beaten a grandmaster, but, like all of us, I'm woefully inconsistent.

What I definitely am is a lucky one: I got to travel, I had good results in the Paris and Johannesburg Opens, I played in the Bolivian blitz championships, I've visited the best chess club in the world (at Samaipata in the Codo de los Andes, in case you're interested), and I've even played the World Champion... I feel some stories coming on!